Google has announced that it is beginning to push out yet another helpful content update across search results. The approach Google introduced in August is enhanced by the December 2022 release. Are you safe? If your websites are built around Google’s guidelines and are human-first content, then you shouldn’t have to worry about being hit.

The goal of Google’s helpful content approach is to promote websites made with users in mind rather than search engines. It attempts to elevate content that goes above and beyond what is widely available from other publishers and offers distinctive value to the web. Partly this has led to a rise in long, long, long-form articles which waffle about the point before not getting to it.

Now we know why they’ve been “quiet” over the mid-year. Updates were being cooked up! Dastardly beggars. You can probably blame this update if you observe any significant ranking or visibility changes in Google search over the course of the next of week – especially if they are site-wide.

To recover, it’s important to (Talk to JB about SEO) read Google’s Guidelines, implement the necessary adjustments, and wait for a turnaround in the coming months. You should always be developing your site(s).

If you are a LinkedIn App developer, then the high setup and maintenance costs of SeaS verticals have always been a barrier. LinkedIn’s new search solution allows product developers to integrate search functionality with minimal integration and without maintenance or operational overhead, allowing them to focus on their products. And what interests them most: creating value for our members.

Hosted search solutions, such as LinkedIn Search, provide data-driven applications that can integrate easily with existing solutions. By leveraging the latest developments in data operations and more, businesses can streamline their data processes and focus on bringing value to customers. Additionally, hosted search solutions are managed services – meaning companies don’t need to worry about data maintenance or upkeep – freeing up resources for other purposes. With hosted search solutions, business owners no longer have to run data operations manually – saving time and money while still getting reliable results.

Which is all a lot of corporate-speak for LinkedIn has released plug and play search functionality meaning your apps are cheaper and quicker to develop. They hope this will encourage more developers to build LinkedIn apps.

If you want to talk to me about Technology and Development, I’m all ears!

Express Yourself With Avatars on WhatsApp

Meta is introducing avatars to WhatsApp so users can represent themselves using countless combinations of facial features, clothing, and hairstyles. This is part of a relentless march of Meta towards the VR/AR driven metaverse.

You may now use your virtual bitmoji-style customisable virtual characters as your WhatsApp profile photo or pick from 36 unique stickers that represent a wide range of emotions and actions. These have been available for a while on other Meta-owned platforms like Instagram and Facebook.

Expressing yourself with customizable avatars on WhatsApp is a great way to express your personality and individual style. With customizable hairstyles, heads, bodies, facial features and backgrounds, it’s easy to create a 3D avatar with details that accurately represent who you are. Plus, the editing process is simple and straightforward – all you need to do is select an avatar, customize the look and voila – you’re done. Whether you want to dress up your profile picture or give more life to your chat messages, WhatsApp Avatars will help you communicate with a unique flair.

It’s not clear yet if this is also available in WhatsApp Business. What else is more personal than chatting with emoticons, and now with avatars? Hmmm, I’m still not convinced about the avatar version of me.

Want to talk about Meta, the Metaverse and Social Media? Contact me! :-)

Creating Apps with App Use Cases

To make Meta’s app creation process easier for developers to build and customize their apps, Meta released an improved approach using App Use Cases rather than the previous product-focused version. With the help of App Use Cases, developers will be able to quickly create apps by choosing the use case that most accurately reflects their motivation.

Building an app that suits a customer’s needs can be a complex process for developers, especially when those needs may depend on the context or the people in it. A recent trend in app development has emerged and developers are creating more customized apps with app use cases that enable their users to easily understand how and why to utilize them. These custom apps enable customers to identify specific functions and navigate through them accurately. By focusing on usability, developers can create an application that fits into their customer’s environment without over-complicating things, further increasing acceptance of the design they have crafted. App use cases are helping developers deliver exact results and promise customers a unique experience.

This streamlines app development for Meta and means that developers who were hemming and hawing about including the old relic as a login option, now have a good reason to include it. Less effort and time… Mark has a really good team, right?

Chat to me about these kinds of use cases for web development.

Twitter is continuing to innovate its product offerings in order to help create context and amplify real news. The recent introduction of ‘Community Notes’ is a great example of this, allowing users to attach context indicators around media linked from tweets. This visible context is essential for avoiding the dissemination of misinformation as well as providing contextual information around ongoing incidents, particularly for global audiences. Moreover, the featured context allows for interesting social discoveries, showcasing the increasing power of Twitter content.

By using crowdsourcing to find the truth, you run the risk of magnifying or validating people’s beliefs or desires, which are not always the same as reality. This strategy carries some risk and, contrary to what Musk has ostensibly hinted, won’t completely address the app’s issues with false information and bad messaging. Nevertheless, it may work as intended if enough people contribute. Will you?

I quite like this realtime experiment with a social media platform. If nothing else, it’s entertaining.

Twitter Announces the Re-Launch of its Paid Verification Plan, with a Price Increase on iOS

Twitter has recently announced the re-launch of its Paid Verification Plan, with a price increase on iOS devices. Users who register on an iOS device must pay $11 per month or $132 annually to acquire their own blue checkmark; if you register on the web, you can pay $8 per month. It’s because of Apple’s 30% “in-app payment tax”.

This price of verification under the new plan may dissuade those who want to shirk the expense and might not bother applying for a verified badge, which could prove to be beneficial for Twitter’s overall user experience.

So, what would persuade them then? Maybe this new system:

– Prior to placing a blue checkmark, Twitter will confirm each account’s phone number and profile name.

– After receiving a blue checkmark, changing your Twitter handle, display name, or profile picture will temporarily remove the blue checkmark until Twitter has had a chance to examine your account.

– As recently reported, Twitter is also introducing GOLD checkmarks for official brand accounts and GRAY ticks for “government and multilateral” accounts (which also means that the strange-looking “official” checkmarks will be deleted once more the next week).

– In addition to the blue tick, Twitter is developing a system that will allow brands to give staff accounts a branded indicator as an additional form of official authentication (although this was not addressed in today’s re-launch announcement).

Will this GENERAL CLEANING solution of Elon Musk draw enough participants to be a feasible solution for the app to combat bot profiles and impersonation, generate considerable income, and lessen its reliance on advertising? Will AI be enough or human moderators still be the main key to the success of this plan? To be honest, nobody has any idea if this will work, but it’s fun finding out. Talk to me about Social Media.

Recently, e-commerce giant Amazon has released an eerily similar feature to the popular video-sharing app, TikTok. According to information provided to Retail Dive, Amazon announced on Thursday that it is launching a new in-app feature called Inspire, a content hub for users to discover and explore products.

This move is part of the company’s social commerce strategy. The photo and video-based material, which is produced by businesses, influencers, and other users, scrolls and may be interacted with through likes. It also contains links to related Amazon products.

Many social media platforms, as well as corporations, continue to place increasing emphasis on social commerce. This new competition could potentially make e-commerce that much more convenient and interactive for online shoppers. For Amazon, it retains eyeballs on site, means it can attract influencers to the marketplace and also enable a new channel for brands to sell.

If you were the consumer, would you choose to shop on TikTok or just stick with Amazon, where everything is available with only a few taps or clicks on your device?

Talk to me about Digital Marketing and ecommerce. 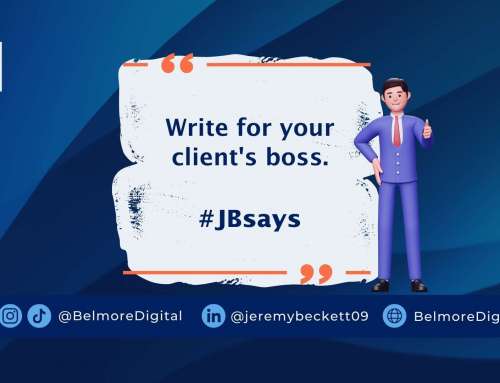