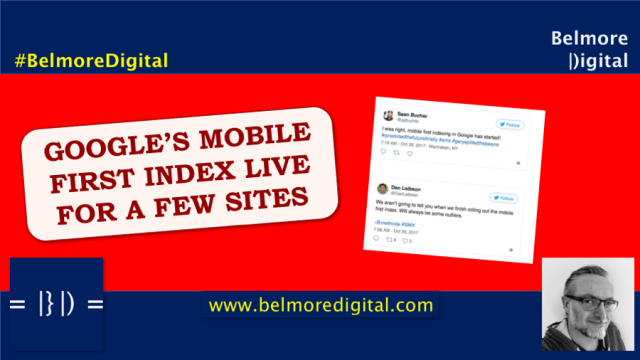 I’m kind of enjoying this approach from Google, of slowly rolling out the Mobile First Index.

I think we’ll see it gather pace in the next few months, once teething issues are ironed out, but it will still take a very long time for the Mobile First Index to roll out fully, if it ever does.