Rupert Murdoch and NewsCorp have long-held beliefs that users should have to pay for its news content, and that Google should not be able to index and surface their content for free. Over the last few years most of NewsCorp’s premium news sites in the UK and Australia have moved towards paywalls using varying models.

These models include a free front-page followed by a straight sign-up now, or followed by half-page article with “a register to read more” free or paid sign-up.

It isn’t surprising that the WSJ has lost so much traffic, but caution is needed when interpreting the figures. It looks from the stats posted above from the SEMRush tool, that the WSJ may well be using year-on-year figures, May 2016 to May 2017. If you look closely, you can see that May 2016 was a peak, but that since Feb 2017 there has only really been a 25% drop-off in organic traffic.  It should also be noted that SEMRush’s stats are great, but they aren’t the whole organic search market, and they aren’t WSJ’s own analytics.

Unfortunately, we have no conversion comparison data to go on. It is important to be aware that the sign-ups are likely to be a reflection of changes in conversions rates rather than absolute numbers or total numbers.

It is critical for anyone contemplating a shift away from First Click Free, or free information, to a sign-up only model, that you realise that WSJ has one of the strongest news brands. It would be remiss of Google not to include it in its results in some way. Excluding WSJ would diminish the quality of Google’s results in their users’ eyes. If your brand is a strong as WSJ, it may be worthwhile. If it’s not…

This caused some mirth this week. I get the feeling with Google posting a few snippets about links in recent times, eg their Spammy Article Links warning that this is something they are working on at the moment. It’s natural to discuss topics you are working on…

In general, webmasters should feel free to link to whatever they feel would be useful for their users and worthy of their attention. If it’s not, what’s the point of linking?

There is far too much worry placed on linking by the webmaster community. The days of PageRank sculpting are gone (if they ever existed), and Google, although still a long way from perfect, is better at identifying links placed only for organic search benefit.

Undoubtedly, this little burst of posts will launch 1000 “Don’t Link to Anything Ever” articles, but they are wrong. Use footer links if you want to – they can be handy for UX and secondary navigation. Use in-page links. Link multiple times to the same page. Do all of this if you feel it benefits the user and the link should be there. Here are some guides to internal linking and external linking.

Have you heard? Apparently there’s a mobile-first index coming. It hasn’t yet reached the hysteria of Mobilegeddon, but it is surely going to get there.

Many of the tools in this review make a stab at parts of the Mobile First, but they all miss out on key parts, which in my view, let them down. Some of the tools barely seem to make an effort. It appears that for large swathes of the web, including solution vendors, and akin to the shift to HTTPS , the mobile-first web will take them by surprise.

Another thing that is concerning is that none of them have taken on board Google’s utterances over its forthcoming changes, beyond things which can be objectively measured. It is a failing of these tools that they do not apply more algorithmic sense to websites, their structure and content.

When the mobile-first index is launched, the Content Graph will be redrawn, as will the Link Graph, and as will the Indexing Graph. Websites and toolsets are simply not doing enough to anticipate these significant upcoming changes.  If only Google had announced what is was planning. 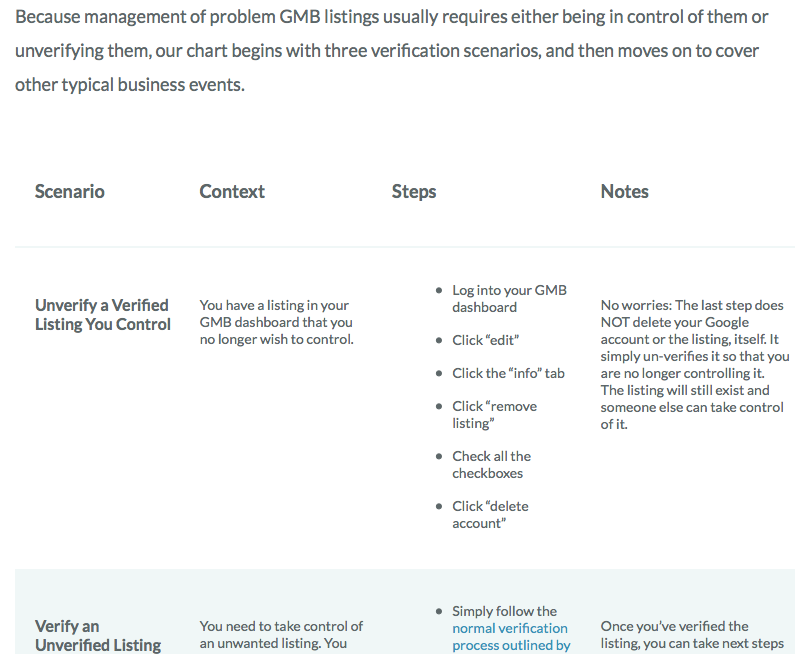 Ah, Google My Business, formerly Google Places, Google Local, Google + Places and whatever odd combinations of local / business and places Google came up with in its madder moments.

This is one of Google’s biggest search functions with up to 1/3 of search being defined as having local intent, and of course it is heavily searched on mobile. But, its systems and management are one of the biggest sources of frustration and disappointment available on the internet today, second only to whichever clickbait headline you’ve most recently clicked.

For a company whose key competitive advantage is the indexing, ordering and retrieval of information, Google My Business is such a let down. Its methodologies are arcane, tricky and more often than not, unrewarding. Of course, it is a free product, so you get what you pay for, but considering the sheer volume of search and the sheer volume of businesses who want accurate and up-to-date information displayed, you would hope that Google with all its power could engineer a proper fix. Instead, you have what is obviously a bureaucratic and programming nightmare, where systems have been built upon systems and tweaks have been rolled out to individual sections, but not all. Realistically, Google My Business needs a ground-up rewrite, but I don’t see that happening any time soon. In the meantime, submit those changes and…wait. 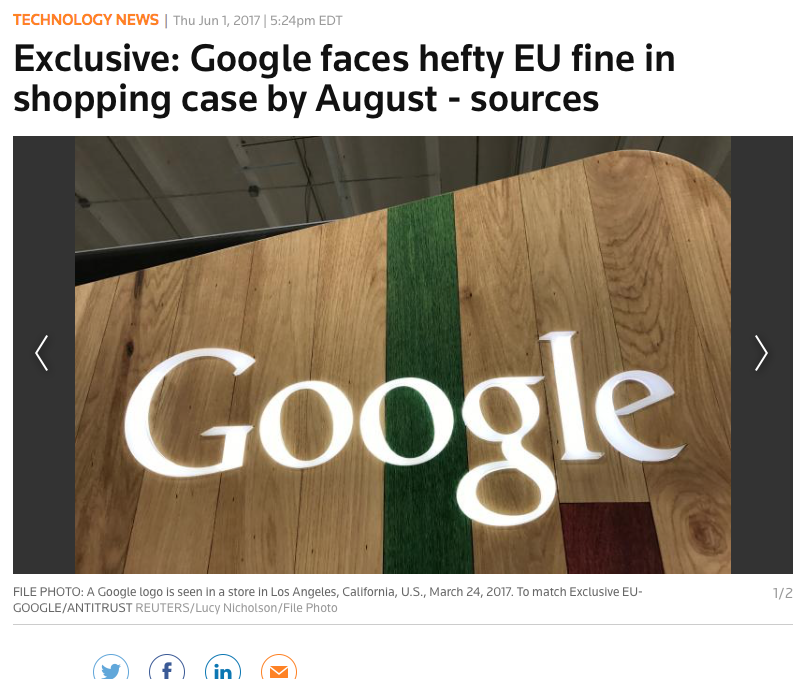 Google is getting so big that it is bound to run into antitrust / anti-competitive behaviour issues at some point. The EU is a slow-moving beast, but it has shown a more willing attitude to getting involved in consumer competition issues – remember Microsoft and Windows issues over the default installation of Windows Media Player and Internet Explorer, those acts helped to push Microsoft away from consumer desktops.

The big risk for Google is that if the EU is successful in litigating this, then it will likely become emboldened to try more. Chrome’s ad-blocking is a potential avenue for that, although you’d be hard-pressed to argue any consumer disservice from stripping ads away.

Within search, most webmasters report Google as being 90-95% of traffic, although the comScore stats have repeatedly shown Google as being under 70% (which apparently is some magic number in the US antitrust system). Nobody has yet really challenged Google on this dominance, but with closer ties building between desktops and mobile, and deeper knots into various ecosystems, it’s not inconceivable that some sort of action will be launched.