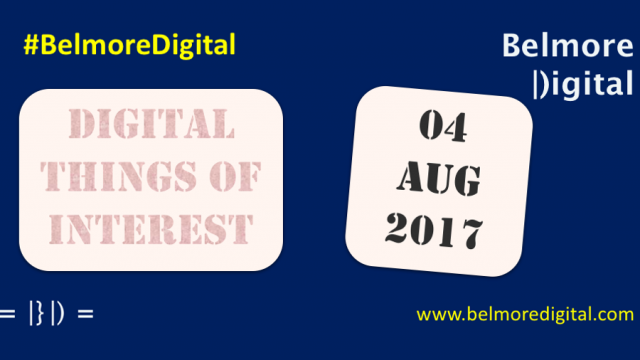 Read these Digital Things of Interest for 04 August 2017, which includes:

That’s it for today. If you find anything of interest in the digital space that you think is worth sharing, please get in touch with me.