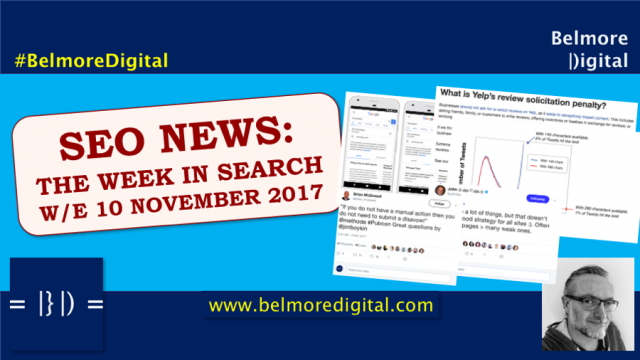 I think this week’s SEO News & Updates make for good reading, although I’m not an independent arbiter.

Enjoy the in-depth analysis and insights on the following topics: 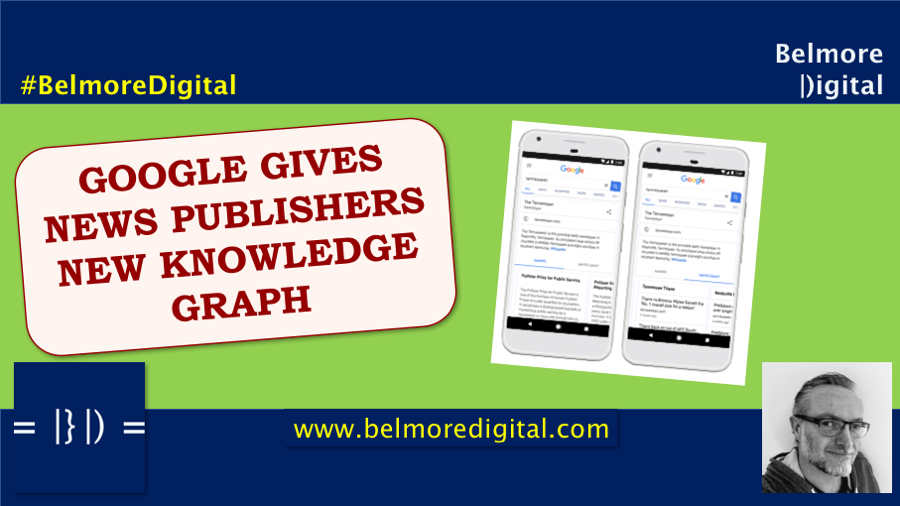 This is also part of Google’s current friendly approach to news publishers, including ending first-click free and offering new subscription options for publishers, as they have been all but killed by Google News and Facebook’s news streaming, before finding that other fake organisations knew how to game their algorithms to popularise fake news.

I also think this is a bit of PR on Google’s part. It really knows that users are not going to take the time to verify a publisher before clicking share. The whole point of fake news is that it strikes a sharing chord and generates an almost instant, visceral reaction. Still, they can point to having done “something”.

I haven’t yet been able to generate a Knowledge Panel in the same format as the one displayed by Google, although some of the news publishers I tried definitely do have more information.

Yelp Cracks Down on Review Solicitation

The only rationale that works is that it is too difficult for them to judge grades of solicitation, so a blanket ban is the only answer.

Most other platforms encourage their local business users to seek reviews from customers, but that is mainly because those platforms do not have the inherent base of users and reviews that Yelp has – and the fact that Yelp converts better than Facebook or Google.

Generally, reviews are a good thing. There are significant issues with fake reviews, that if the companies involved put their minds to it could be solved. However, they know that calling a review fake when it isn’t would be worse for their business model than listing a fake review in the first place, so they don’t bother to do much about it. Frankly, with the resources at their disposal, that’s a cop out.

Businesses get very frustrated with some reviews and their inability to effect change. The user is always right, rather than the business. 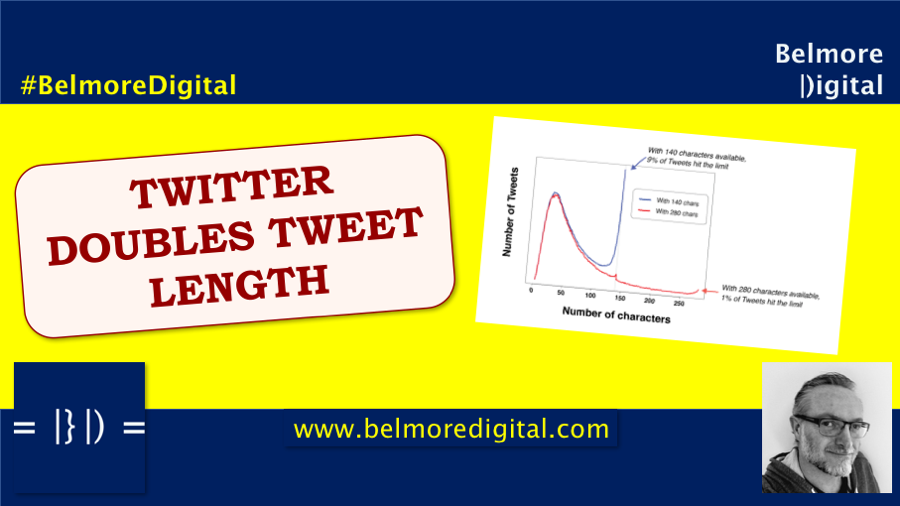 I like Twitter, even though it’s not used a great deal in Australia. As someone who writes (like this!) I find its brevity forces you to write concisely and accurately.

I’m yet to be convinced that 280 characters is really going to be mind-blowing. A lot of the people I follow still write very concisely, although there are a few who will still manage to Tweet Storm at 280 characters.

Over the last couple of years, Twitter has worked hard to incorporate more actual content in Tweets, handles in replies no longer count to character count, and all URLs get counted as a set number of characters, regardless of how many characters there are.

I understand user desires for an edit button, but that way lies calumny. Twitter’s sometime rapid-fire nature would mean that threads get changed depending on reactions to the original. That has been seen all over forums over the years, which is why many now block editing after a short time.

The question for Twitter is how long would be a viable time to edit. And if it gave an “instant” edit option would users just keep on going on, and on, and on, until they badger a longer time limit. Knowing internet users the way I do, that would take about 15 seconds before the moaning started. 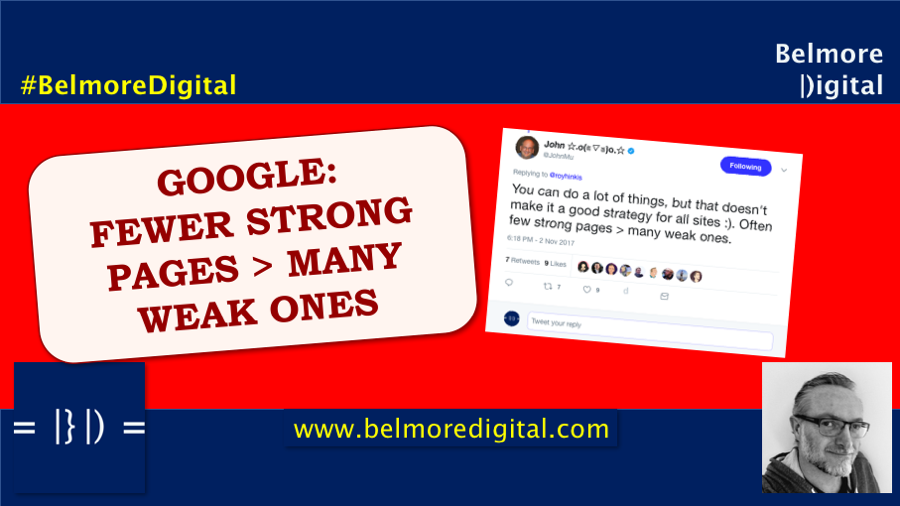 Ever so slightly, Google has been talking out of the side of its mouth on this issue. There was a big issue a number of years back, with thousands of sites having millions of pages of content around every single feasible keyword combination.

This caused indexing bloat, meaning Google had to find a way to get webmasters to stop spraying content pages into the webosphere. Hence, Panda. Low quality, thin pages were wiped out in this update and continue to struggle to rank.

The one unintended consequence of this is page bloat. Instead of concise, relevant pages of useful content about a topic, instead we have monolithic pages which weigh in at around 1500 – 2500 words on a simple topic. This is a content battle of Mutually Assured Destruction, as Google now has to interpret much longer content pages and present heaps of waffle to its users.

NB – Google would probably say that strong content does not equal long content, and it is probably right. Unfortunately webmasters in their continuing battle to rank number 1 don’t see it that way, and the content-length wars continue to rage.

Google: No Manual Action = No Disavow 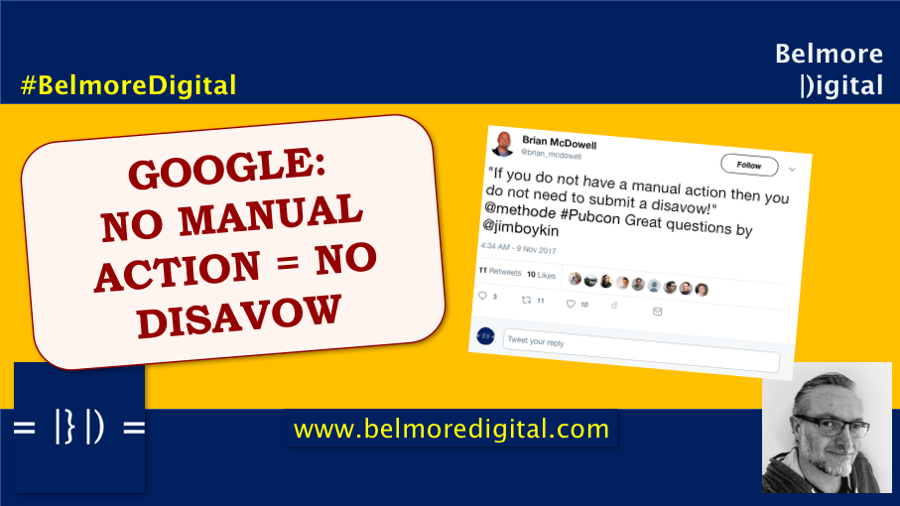 Since Penguin, the release of the Disavow Tool and the rise of Negative SEO this has been a matter of huge discussion in the wider SEO community.

The simple truth is that Google should have left things as they were. Penalising sites for accruing links of an arbitrary “bad” nature, when you don’t release details of the “bad” links was always going to be a “bad” idea. (See what I did there?). Without the data, you really are shooting into the dark, with the potential to do more harm than good. I’ve seen plenty of websites do themselves harm by disavowing bad links.

The best course of action has always been not to disavow links, unless you were specifically penalised by Google, but to acquire good, great and fantastic links. You do that by creating good content, becoming an expert in your field and by being viewed as an authority. 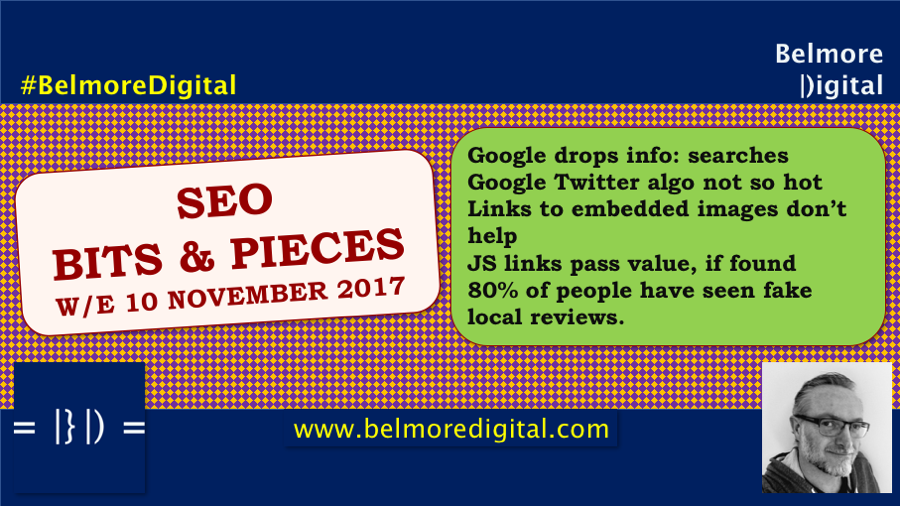 Thanks for reading the SEO News & Updates for w/e 10th November 2017. If you would like to discuss what these changes mean for your web property, or would like to know how to implement them, please feel free to contact me.